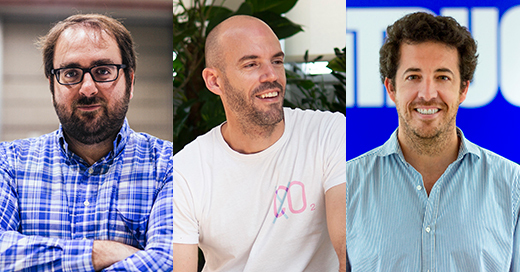 Birdsong may have temporarily replaced the sound of planes during the pandemic, but the world’s climate change challenges haven’t changed their tune. Priorities for businesses though, are shifting, as many try to stay afloat. And despite the mighty C02 savings our world’s empty roads and offices have allowed recently, many businesses – and consumers – seem to be shelving their green goals.

Others may believe their small contribution to helping save the planet is a mere drop in the ocean – and therefore barely worth the effort. And yet, with governments otherwise engaged, business leaders should take action. Small, straight-forward steps are collectively powerful in reducing the world’s environmental footprint. From recycling bins and solar panels, to bike storage, electric vehicle (EV) chargers and even car sharing schemes, now is the time for ownership in setting examples to your employees – and your customers.

To understand how senior execs can lead the green march, we’ve spoken to three pioneering CEOs who are all experts in decarbonizing transport. From smart charging trailblazer, Wallbox (that’s us), to ridesharing company, Cabify and digital freight platform, Ontruck, we hear what motivates these bosses to make the future more sustainable – starting from within their own businesses.

Our CEO urges other bosses to understand that it’s impossible to become truly sustainable overnight. He advises starting with some ‘quick wins’ that will spark empathy and stop inertia setting in.

“Our impact is obvious: we are helping decarbonize transport. The first initiative was to make all our packaging recyclable. Then we looked at our products to make sure they were more sustainable. And our new building has been constructed on the cradle to cradle concept; all the materials are recyclable and can be used in the circular economy. We try to go step by step.”

Another business that’s going step by step – or kilometer by kilometer – is Cabify. With a goal of transforming cities, its transport app helps people move in a more responsible way, often by sharing vehicles. “70 to 80% of the space in our cities in Spain is exclusively dedicated to vehicles, leaving just 20 to 30% allocated to people. That does not make a lot of sense,” according to Juan De Antonio, Cabify’s chief.

“Sustainability needs to be embedded at the top of the agenda, not only with politicians, but also with our everyday actions. When you first have your office and have a very small space and think about your waste bins, that’s when you need to start thinking about it.”

With a similar aim of lowering carbon emissions, Ontruck’s road freight platform offers efficient solutions for transporting goods, using Artificial Intelligence, data and advanced technology. Its CEO, Iñigo Juantegui, says the difference has been staggering: “Trucks account for 6% of the European Union’s total C02 emissions…We have already demonstrated our ability to reduce kilometers driven empty from the industry average of 44% to 19%. This has resulted in a CO2 reduction of almost 1 million kilograms over the last 30 months.”

Juantegui is keen to remind all leaders that reducing the environmental impact of a business also lowers costs, reduces risk and helps employees take pride in being part of wider societal change. In his mind, however, sustainability can often be stopped in its tracks if its progress is nebulous.“A common stumbling block for companies in pursuit of sustainability can be the lack of uniform measurement systems combined with a lack of knowledge on how to evaluate your ecological footprints,” says Ontruck’s Co-Founder.