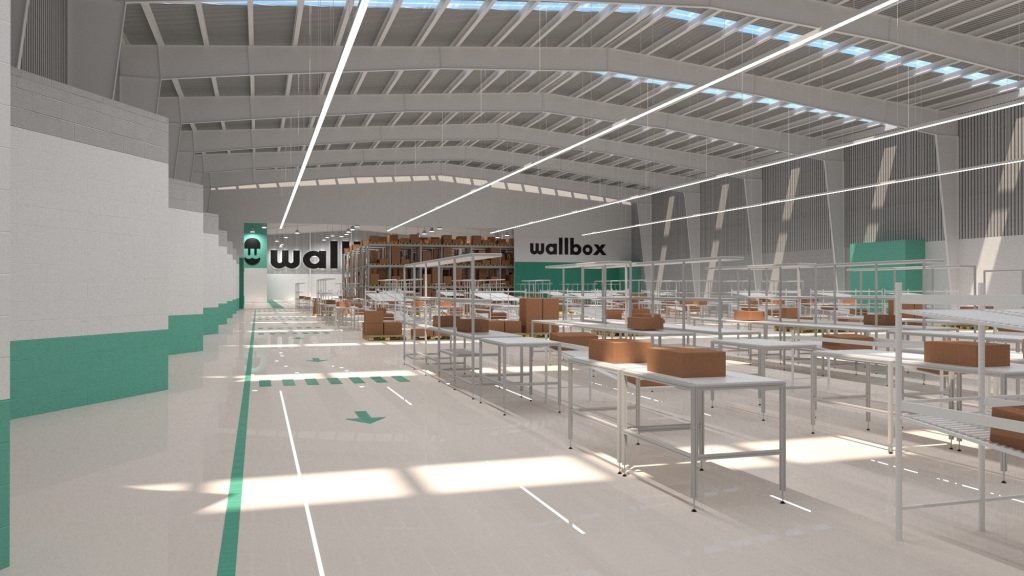 The new factory (video) will cover a 16,800 m2 plot of land, with an 11,220 m2 warehouse that will undergo extensive refurbishment in the coming months to adapt it to the production, validation and storage activities the company plans to carry out from there. Production lines are scheduled to start up in the fourth quarter of this year. Wallbox’s expansion plan includes plans to double the number of employees, eventually reaching 800 employees by the end of 2021, a quarter of whom will be directly or indirectly involved in the production process.

A benchmark in Spain’s automotive industry, Barcelona’s Zona Franca has an ambitious reindustrialisation plan that is attracting companies and fostering trust among companies that are set to have a high impact not only on their immediate environment but also on industries that will lead the global economy in the coming years, such as Wallbox.

A 4.0 factory, also referred to as “of the future” or “smart”, features decentralised and automated decision-making, because the processing of data obtained during the production process is exponentially fast and permits real-time analysis and fine-tuning, high levels of automation and interconnection through the industry-applied Internet of Things (IoT).

CZFB is a state-run company financed entirely with its own funds, including industrial leases at the Zona Franca Industrial Complex in Barcelona, and asset management. While its main field of activity encompasses the industrial complex and customs free zone, it also develops buildings, urban and industrial properties, serves as a driving force for business transformation towards the economy 4.0, and organises events of economic interest for Barcelona such as the SIL logistics forum or the BMP real estate trade fair.