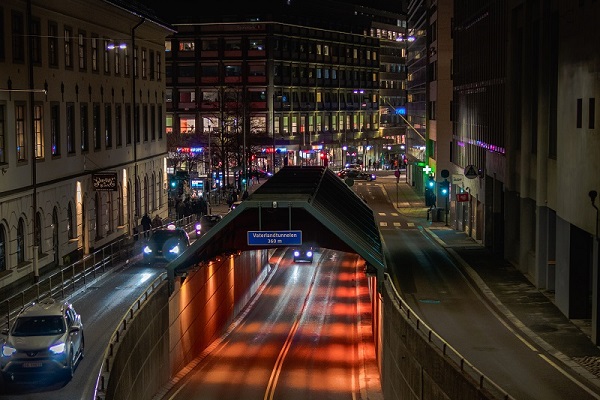 Norway leads electric vehicle (EV) adoption, boasting the highest share of new EV purchases worldwide. In the last five months, zero-emission vehicles have made up over 50% of its overall car sales, up from 31.2% in 2018 and 42.4% in 2019. Compared to the USA, where EVs make up only 2% of new car sales, this gives one a good idea of Norway’s strong leadership position in terms of EV market share. So how did this largely rural Scandinavian country become the global leader in EV adoption? To learn from its experience, let’s look back through Norway’s 30-year journey to becoming an EV giant: it all started with a mission to curb the country’s CO2 emissions.

Norway has long been a major producer of oil and gas, and remains the biggest oil producer in Western Europe, as well as, the third-largest exporter of natural gas in the world. Its greenhouse gas emissions (GHG) back in the 1990s were around 51.7 million tonnes per year. That’s around 16 times the GHG emissions of Iceland at that time, or the equivalent gas emissions of over 11 million vehicles in one year. Ever since, the Norwegian Government has sought ways to curb its emissions. In 1990, a CO2 tax was implemented and the country began to focus on establishing a greener transport system by promoting Norwegian EV production and adoption. The paradigm shift to EVs, however, was initiated by an unexpected source.

A rock star and an environmentalist ignited Norway’s turn to electric transport with a road trip. In 1989, Morten Harket, A-ha’s heartthrob frontman, and Frederic Hauge, environmental group Bellona’s president, drove an imported electric Fiat around Norway’s capital, Oslo. They refused to pay road tolls, parked illegally and ignored every policy notice they were given. Eventually, their little EV was impounded by authorities and auctioned to cover their fines, but the legacy of this act of defiance is 30 years strong. It sparked public and governmental interest and was the catalyst for many of the EV incentives that remain active in Norway today.

It Pays To Drive Electric in Norway

The Norwegian Government established many incentives that followed the shape of the rules broken by the A-ha and Bellona road-trip. Here’s a quick timeline of the key incentives based on information from the Norwegian Electric Vehicle Association:

The key benefit for EV owners remains the green tax deals on buying (no purchase or import tax), leasing (no VAT on leased EVs) and owning EVs (no road tax, reduced company car tax). The accumulation of these EV tax breaks, plus the hefty 25% tax on fossil-fuel cars, means that EV models in Norway are often more affordable than fossil-fuel cars, even without the EV subsidies that are available in other countries. This approach of virtually redesigning the tax structure within the auto industry also stands out amongst other countries, which mainly rely on direct subsidies to incentivize EV purchases over internal combustion engine cars.

Let’s take a look at the Volkswagen Golf versus the Volkswagen e-Golf as an example of how the tax scheme works in practice. According to the official price list of Volkswagen in Norway, a Golf costs €36.600 (397.600 Norwegian Krone), while the e-Golf is available for just €25.300 (274.900 Norwegian Krone), as it comes without import tax, emission fees or 25% VAT. Buying the electric model in Norway is often good for your eco-conscience as well as your wallet.

“Buying a new electric car is more or less the same price as buying a nice petrol or diesel car now,” says Christiana Bu, secretary-general of Norsk elbilforening, the Norwegian EV Association. Furthermore, this doesn’t factor in the savings on lower running costs as well as cheaper ‘fuel’ costs per kilometer.

Looking back at Norway’s EV incentives, there are three key takeaways. First, incentives on buying, owning and using are effective measures to boost adoption rates initially. Second, these measures needn’t be constant, but can instead be gradually reduced as adoption rises and goals are met. Finally, EV friendly tax schemes can be an effective alternative to direct monetary grants when it comes to boosting EV purchases.

Besides rolling out EV incentives, Norway has also invested in first-class charging infrastructure to support the transition to more sustainable vehicles. Initially, Oslo had been at the heart of testing new infrastructure, and in 2008 it launched the first municipal EV charging system. By 2015, Norway already had 10,000 charging stations. However, with 72,000 EVs on the roads, it soon realized it needed to accelerate its infrastructure even further to match the success of the tax incentives.

As a result, the Norwegian Government has ramped up the availability of EV chargers ever since, committing to a goal of at least one fast charging station every 50 kilometers (31 miles) on major highways and offering subsidies to providers to accelerate installations. By 2017, they had successfully increased the number of EVs chargers to around 1,500 along these key routes, up from 300 in 2014, and had also installed the first supercharger in rural Nebbenes, with capacity for charging 28 EVs at once. Overall, there are more than 15,000 public charging points in Norway today. To put things into perspective, while Norway’s population makes up about 1% of the EU’s, the country’s public charging points are equal in number to almost 8% of the EU’s public chargers.

When it comes to residential charging, Norway is also following a different strategy compared to other countries. Several municipalities have rolled out grant schemes to support the development of charging stations in housing cooperatives.

Norway’s adaptive approach to infrastructure has also included commercial transport, with wireless charging made available to taxis in 2018, cutting the time needed to find a charger, plug in and wait to charge. The induction technology involved uses charging plates installed in the road at taxi ranks which link to receivers installed within the taxi, making charging more efficient.

Today and Tomorrow: What’s the Next Destination for Norway?

Norway’s bustling EV market shows no signs of slowing down. By 2023, all taxis are set to be emission-free and the wireless system will help support this goal. On top of this, Norway is on course to reach its major goal to have all new cars sold be zero emission – meaning they are battery electric or hydrogen powered – by 2025. Ibsen Lindal, energy spokesperson for Norway’s Green Party, is positive that all gas-fueled vehicles could be pushed out of the market within the next five years. He stresses the importance of EV incentives to “start the market moving, and then prices will fall”, allowing Norway to open up its second-hand EV market, a more affordable option than brand new EVs. Other plans to help lower EV costs include making lighter, cheaper and more eco-friendly batteries, an option set to be discussed at the Nordic EVSummit this October.

Another pressing factor in the future of Norway’s EV market is the current Covid-19 pandemic, with passenger car registration in the EU falling by over 76% in April alone. However, Norway’s EV market share is still growing. In fact, in March, during the peak of the pandemic, 75% of Norwegian car sales were electric (60% Pure Electric and 15% plug in hybrids). As our previous article shows, EVs have proven to be more resilient to the 2020 market downturn than conventional vehicles and the trend looks positive. As this March Wall Street Journal article explains, after seeing the benefits to air quality following worldwide stay-at-home measures consumers are more likely to buy sustainable vehicles. These recent EV sales combined with increasingly eco-conscious consumers, industry and government are clear signs of a positive future for EVs in Norway.

What Are the Takeaways?

We’re back to the present, over 30 years since Bellona and A-Ha sparked a shift in gear for Norway’s fleet electrification. The initial objective to combat greenhouse gas emissions with electric transport has been a success. According to research leader Sverre Alvik of DNV GL, total global CO2 emissions in the period 2010-2050 would have been almost 400 million tonnes higher without Norwegian electric car policy. Additionally, 2020’s gas emissions are on track to reach lower levels than in the 1990s.

Norway’s leading position in the EV sector required the country to overcome cost and infrastructure challenges that are inherent to adopting a new, disruptive technology. The tax schemes have helped to offset the higher production cost of EVs, making electric cars competitively priced with gas models. On top of this, EVs have a lower lifetime cost of ownership: another advantage over gas cars. The country’s adaptability has been a huge denominator in overcoming such challenges. It has quickly worked to extend its electric infrastructure and continues to develop new technologies such as wireless charging and new batteries, in the hopes of lowering costs and phasing out fuel cars.

Oslo has been an EV testing hub for the rest of Norway, and Norway itself has been a success story for the rest of Europe and the world to follow. The cold and rural climate proves that EVs and their batteries can thrive in less agreeable weather. By starting early with incentives and adapting infrastructure and technology to fit demand, Norway has fostered an eco-conscious society that sees EVs as the easy and natural choice.