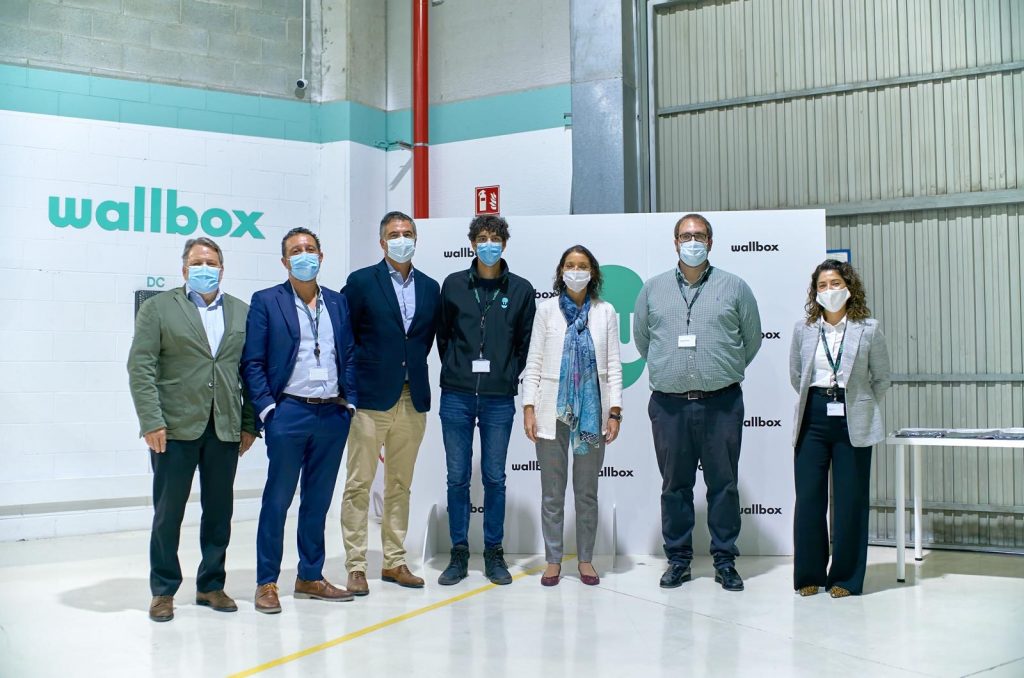 During her visit, the Minister had a first-hand look at Wallbox’s new fast public charger – the Supernova was given a tour of one of the factories where these chargers are manufactured and learned about the company’s expansion plans for the next two years.

During her visit, the Minister was interested in the production lines of Wallbox’s residential and semi-public chargers that are currently distributed in the European market, and that will soon be distributed in the North American market from November 2020.

The Minister also visited one of Wallbox’s research and development (R&D) laboratories, where its team develops concepts, prototypes, and new product tests. Wallbox develops its products using its own technology, a strength that has enabled the company to reach optimal development efficiency with more than two products launched per year since its first product launch back in 2016. Wallbox invests up to 50 percent of its budget in R&D and has a complete structure of laboratories, equipment, and a production plant.

The highlight of the visit was the live demonstration of the Supernova prototype, Wallbox’s first fast public charger, which was announced 10 days ago. Compared with current market options, the Supernova charger is more technologically advanced and cost-effective and will see Wallbox invest €5 million into its production over the next two years, with a new factory set up for this purpose. By 2021, Wallbox expects the Supernova charger to make up 30 percent of its turnover.

“We’re proud that the products we develop and export all over the world are receiving worldwide recognition for their technology and innovation. We want to become a European hub for accelerating electric mobility and renewable energy management in the coming years, which is why we’ll continue to invest more and more in research, development and production, strengthening our position as a leader in this sector.”

Lastly, Wallbox executives presented the Minister with the company’s growth plans for the next two years, which include the development of new public and private charging systems, as well as sustainable energy technologies. Wallbox plans for these projects to involve the expansion of production lines, the opening of an R&D center, and the creation of 600 new jobs over the next two years.

Wallbox is a leading energy management company and manufacturer of smart charging solutions for electric vehicles. Combining cutting-edge technology with exceptional design, Wallbox creates a smart ecosystem that improves how energy is managed, used, and stored. Created in 2015 and based in Barcelona, Wallbox’s mission is to facilitate the move towards electric vehicles today for more sustainable use of energy tomorrow. Envisioning a fossil-fuel-free world, Wallbox technology enables people to create, use, and share renewable energy in ways they never thought possible. Wallbox currently sells its chargers to more than 40 countries and has 250 staff in offices throughout Europe, Asia, and America, as well as two factories. Wallbox currently has four types of chargers available, including Quasar, the first bidirectional charger for home use, which won a major award at the Consumer Electronics Show (CES), the world’s leading technology trade show. In the first half of 2020, Wallbox completed its series A investment round, closing with a total of €23 million.

e-mobility EV Charging Stations
We use cookies to ensure that we give you the best experience on our website. If you continue to use this site we will assume that you are happy with it.Ok