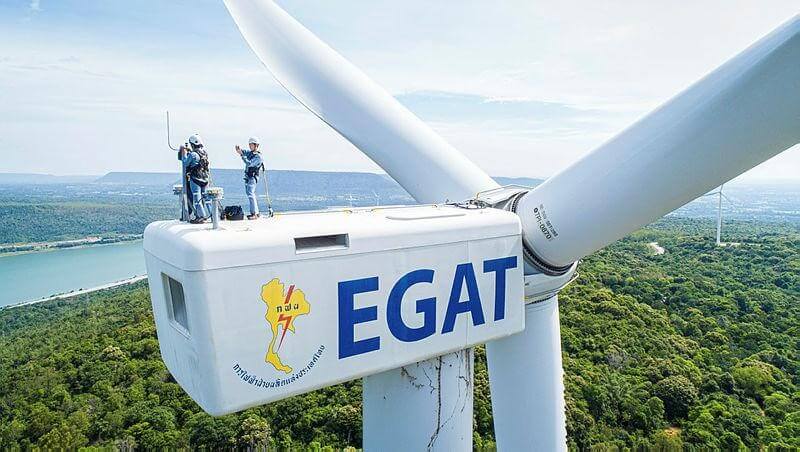 Wallbox and EGAT: Helping to get 1.2 million EVs on the road in Thailand by 2036.

The Electricity Generating Authority of Thailand (EGAT), established in 1969, is Thailand’s leading state-owned enterprise under the Ministry of Energy, responsible for electric power generation, system operation and transmission for the whole country as well as bulk electric energy sales. Currently, EGAT also engages in energy-related services for businesses and expansions, through the EGAT Group. The EGAT Group focuses on business and investment in electricity and other energy-related businesses both in Thailand and overseas.

EGAT as an operator for the Thai government in the energy sector, has a vision to create innovative power solutions in order to provide a better quality of life for everyone in Thailand. The country is determined to reduce carbon emissions.

The Energy Sector has played an important role as the country’s largest contributor to carbon emission reduction. Adopting more electric vehicles is believed to be one of the solutions to reduce carbon emissions. For this reason, the Thai Energy Sector is aimed at getting 1.2 million electric vehicles on the road by 2036. This is not only just to reduce carbon dioxide emissions in the air but also for energy consumption to be more efficient.

EGAT is trying to work with different partners to create an ecosystem for EVs, such as expanding reliable charging stations under the brand “Elex” and attempting to bring convenience to EV users with a smart application – “Elexa”. They seek to support this target by providing infrastructure for EVs in order to facilitate the adoption of more electric vehicles.

A partnership with Wallbox to introduce Pulsar Plus, Copper SB, Commander2, and Quasar chargers to the Thai Market. “At the same time, EGAT has been preparing for disruptive technologies such as virtual power plants and distributed generation that might impact enormously on EGAT’s business model in the future. In terms of the consumer side, EGAT realized that chargers are one of major concerns for the consumer buying decision-making process. EV users have been faced with long charging times that makes them unable to drive the car anytime they want. Moreover, many available chargers in the market still have high prices for Thai consumers,” said Mr. Somchai Chokmaviroj, EGAT’s Research and Innovation Division Director who was the leader of the smart charger project in 2020.

The aim was to promote and support the country’s target of 1.2 million EVs, which brought EGAT to seek a strategic partner. Back in 2020, EGAT’s business development team began to do the work by setting up criteria to seek out a smart charger supplier. Even though EGAT set the main criteria that the charger should have bidirectional charging technology, this was rare for commercial use.

“EGAT found one [company] with such technology, ‘Wallbox’ from Spain and they are even better than other choices because they have a standard guaranteed in the UK. Later, EGAT bought some chargers for testing (which was very impressive) and began a partnership with Wallbox to launch EGAT+Wallbox in late 2020,” said Mr. Somchai Chokmaviroj.

The work conducted by Wallbox and EGAT is especially important because EVs are more eco-friendly and they don’t pollute or add carbon monoxide to the environment, and in addition they represent great savings for consumers.

Furthermore, the higher the gas price, the more you can save. If the car comes with a bigger battery potential like 30 kWh, the range could be up to 150 kilometers per charge. This means that there is a possibility of spending no extra money on gasoline.

To date 200 Wallbox chargers have been installed.

“Wallbox went beyond EGAT’s expectations. The Wallbox charger is not just a smart charger but also has various product ranges that could be a solution for different customer needs. Wallbox has developed chargers into a compact size and sophisticated design as well as the technology part is also very outstanding compared to other chargers.”

“Once EGAT introduced the Wallbox charger to the Thai market, customers were very satisfied with its function, design, how user-friendly it is and our after-sales service. Therefore, the Wallbox charger is the key to solve customer pain points that previously happened before. From now on, Thai consumers will have a complete solution that solves their concerns about charging. This will encourage more people to consider buying BEV or PHEV cars for their next car and Thailand would reach the target of 1.2 million EV cars by 2036,” said Dr. Jiraporn Sirikum, Deputy Governor – Strategy of Electricity Generating Authority of Thailand.