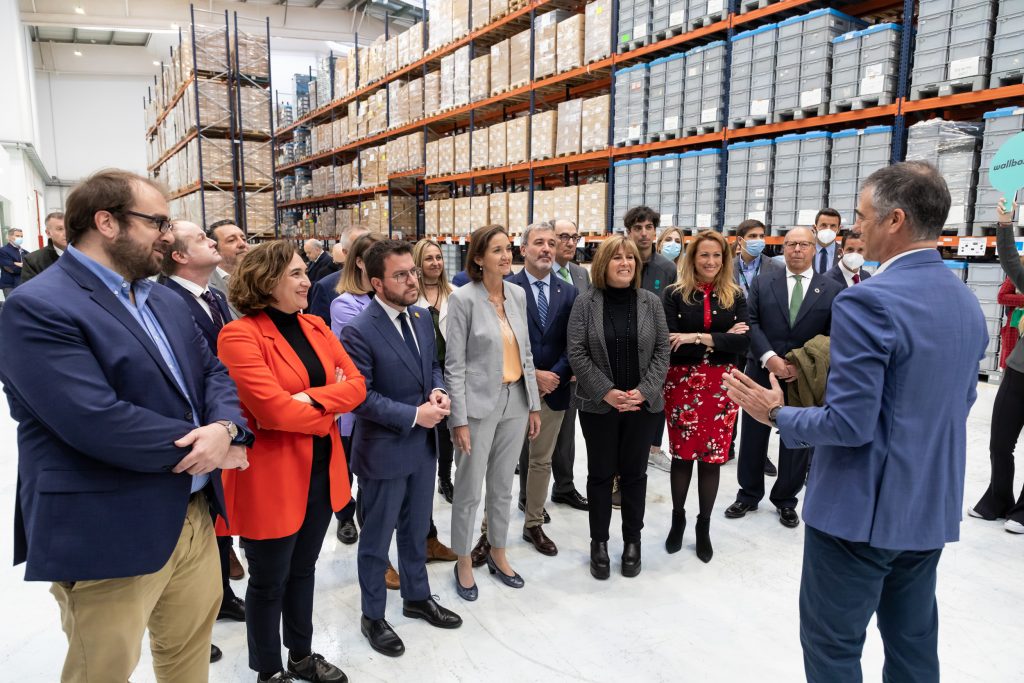 Wallbox inaugurated its new factory in Barcelona in the presence of city and Spanish government officials. The new factory will produce up to 1 million chargers annually in 2025.

Speaking at the opening, Wallbox CEO Enric Asunción marveled at how quickly the company had grown since its founding in 2015 when he and Wallbox co-founder Eduard Castañeda had the idea of building a charger company at a wedding they were both attending. There were too few home chargers then for electric cars to be truly popular, Asunción said. “The real problem was to solve charging at home. If we could solve this, we could accelerate the transition to electric mobility.”

Today Wallbox sells its chargers in more than 100 countries and is listed on the New York Stock Exchange. It is the leader in the home charging market. The new factory is its third, following the original factory in Barcelona and a second one built in China.

Built at a cost of approximately 9 million euros and situated on 16,800 square meters of land in Barcelona’s Zona Franca district, the new factory has four production lines. One production line is dedicated to the exclusive production of Wallbox’s Supernova public charger; the second line is dedicated to the production of the Pulsar charger for the North American market; and the final two lines produce Pulsar+, Copper, Commander2 and Quasar chargers for Europe. Currently employing approximately 200, it is expected to employ more than 520 when running at its full operational capacity.

Reyes Maroto, Spain’s Minister for Industry, Trade and Tourism commended Wallbox’s commitment to sustainability at the opening. “The best example is that by the end of 2022, between 30% and 60% of the energy needs of this factory production process will be managed through self-consumption.” she said, urging other companies to follow the smart energy management system of Wallbox’s Barcelona headquarters.

Many large customers and investors such as Iberdrola also attended the factory opening. Iberdrola’s chairman, Ignacio Galán, announced a big order of 10,000 ultrafast Hypernova public chargers. The new order will double the number of public ultrafast chargers in Spain.

Barcelona’s mayor, Ada Colau, lauded Wallbox for its entrepreneurship and said it was natural for both Wallbox and the new factory to be located in the city. “Barcelona is Spain’s technological and scientific capital, and one of the main ones in Europe,” she said.