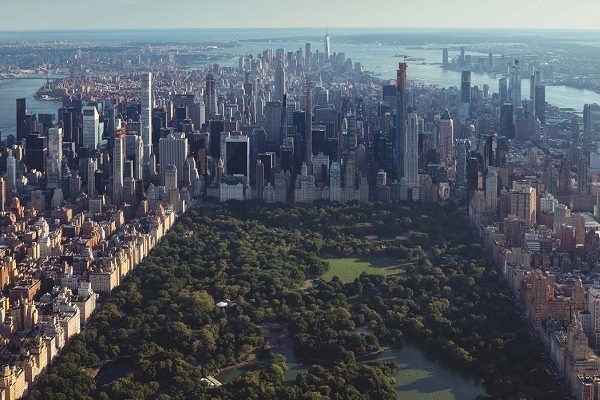 China was the first to impose a lockdown across the province of Hubei, shutting down transport to and from the region, while setting up control points across the country. Some of these measures would then be replicated in other affected countries in Asia. Hard-hit European countries have imposed stricter measures, such as restricting the movement of their citizens and reducing all non-essential travel. The USA took a more laissez faire approach, urging everyone to stay at home and avoid large gatherings. While other less-impacted countries have not yet gone to such extreme measures, many of them have closed their external borders, imposed quarantines, shut down non-essential workplaces, and encouraged their citizens to work from home.

Notwithstanding the toll that Covid-19 has had on our public health systems, physical and mental health, and the economy, there is one place that we might look to for hope: the environment. As people started to stay home to protect vulnerable groups, we began to see reports of notably quieter cities, cleaner waters and clearer skies. For many citizens around the world, now is the first time in years that they can hear birds chirping in the morning or can count the stars at night. All of these effects are not just visible, but they are also measurable, especially when it comes to air pollution.

Pollution drops with less transport use, travel and manufacturing

The sudden drop in such a short period of time is extraordinary – especially for those cities that haven’t seen air quality like this in decades. In order to understand the causal relationships driving this decline and whether or not it will last, it’s important to understand the sources that contribute most substantially to current air pollution levels. As the graph above shows, transportation (15.9%) and manufacturing and construction (12.4%) are amongst the top three contributors of greenhouse gas emissions. These two sectors are also amongst those affected most by stay-at-home orders.

We need to look no further than the 2008 economic crisis for answers. As the graph above shows, annual global CO2 emissions fell slightly after the recession, but quickly surpassed historic peak levels afterward. Companies rushed to boost production to compensate for deficits and meet their projected outputs, thereby rapidly returning to pre-crisis pollution levels and worse. Dubbed “revenge pollution” by Greenpeace East Asia senior climate policy adviser Li Shuo, this rebound was observed after the Chinese government implemented their stimulus package primarily for large-scale infrastructure projects that eventually lead to skyrocketing levels in air pollution.

As we look to the future and possible ways to recover from the current situation, we have two options. Go back to our old ways and continue economic progress at the expense of our planet, or take this as an opportunity to set in motion positive changes for the environment that will last for generations to come. Here are three arguments that give us reason for optimism.

After the 2008 financial crisis, many countries took advantage to introduce sustainable policies and measures into their economic stimulus packages. As an OECD report points out, these included financing energy efficiency projects (i.e. low-energy houses), investing in green transport infrastructure and offering tax measures encouraging the purchase of green products. Among EU countries, there has already been a push for a similar “green transition” in response to the economic impact of the COVID-19 outbreak. In fact, a ‘green recovery alliance’ consisting of 180 leaders has been formed to ensure any rescue package will be in-line with the European Commission’s Green Deal strategy to embrace a low-carbon future. Not everyone is following suit though, the monumental $2 trillion US relief package, $60 billion of which is geared towards bailing out the airline industry, which is a large contributor in air pollution, comes without any measures to address the climate crisis.

That may come as no surprise, as old habits can be hard to break. And as Xavier Querol, from the Spanish National Research Council has so aptly put it “The fight against pollution is a long-distance race, not a sprint.” We have to think long term and create solutions that are sustainable and work across various demographics. Clearly we cannot keep factories closed, prevent infrastructure from being built and enforce a work-from-home measure indefinitely. However, we can move towards supporting innovative projects that will help decarbonize the manufacturing process, choose more energy-efficient buildings, shift to remote work when possible and introduce cleaner forms of transport.

In particular, electrifying the transportation system is one key initiative that should be high on the priority lists for governments around the world. It would be an investment in infrastructure – a key factor to any stimulus plan – generating employment across sectors, while furthermore fulfilling their commitment to the Paris Agreement by reducing carbon emissions. As it stands today, there is already growing demand in electric vehicles as they become more popular, affordable and readily available. It shows that while people are not ready to give up their cars, they are willing to change their habits and turn to more sustainable transport options. Thus, by increasing investment into the already existing EV ecosystem through incentives, grants, and other initiatives, we could not just boost the economy, but also accelerate the transition to a more sustainable world.

We just had a look at how creativity and communal strength are pouring out from our local neighborhoods. Communities are celebrating, entertaining, and supporting each other through this difficult time, and not just with games and fun distractions. Neighbors offer help to the most at-risk and low-income families in their community by leaving notes, online spreadsheets or using the new features of the networking app, Nextdoor. Some communities take it upon themselves to provide frontline healthcare workers with much needed materials. Others connected online to quickly develop a nonprofit COVID-19 app that allows people who tested positive to anonymously alert others whom they might have unwittingly infected. This shows that we can stand in solidarity, take action and achieve results quickly when we work together.