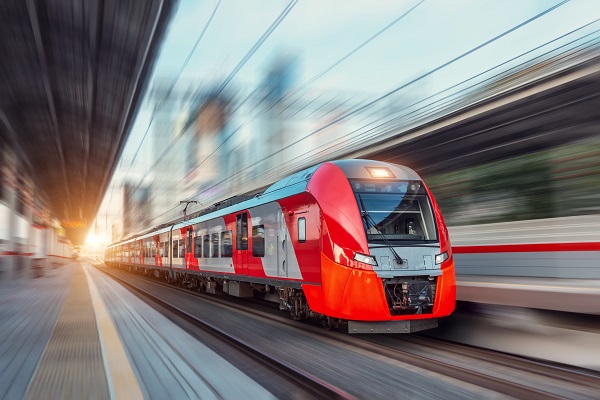 Why Electrified Transport is Key for The Climate Transition

We’re entering a new decade and the first month of 2020 is already over, so what are the climate challenges we’re facing for the new century?

The COP25 conference at the end of 2019 saw little in the way of concrete outcomes. Though many reports about the event are depressing, they reflect the need for a renewed effort on the part of civil society, NGOs and businesses, who may be able to take action, where apparently many governments won’t. Recent reports by the Global Carbon Project show that emissions from fossil fuels and industry are expected to continue to rise in 2020, highlighting the urgent need for a transition to fairer, more ecologically-friendly power sources. Indeed, former US vice president Al Gore emphasized that we must continue to grow the renewables market share worldwide. Let’s take a look at why we need to make this energy transition so urgently, and how electrified transport will be a key part of it as we move into the 2020s.

Where Do We Stand Today?

Global climate change is arguably one of the most important political issues of our lifetime. CO2 is one of the major contributors to global climate change. It is emitted by both natural and human sources, but it’s the human contribution to CO2 emissions that is causing the devastating changes we are seeing worldwide: coral bleaching, species extinction, more erratic and extreme weather events, etc. CO2 is emitted when humans make cement, deforest trees, and burn fossil fuels, for example. Energy-usage – for transport, electricity, heating, industry, buildings, you name it – accounts for around 75% of global greenhouse emissions. This means that changing the way we produce energy could massively reduce our greenhouse emissions and curb climate change.

Energy Production: The Current Situation and the Alternatives

Human energy dependence on CO2-emitting sources is currently still huge. From transportation to our domestic heat and electricity, we continue to rely massively on burning fossil fuels and other fossil-fuel related processes to live our everyday lives. In the US, for example, 80% of all energy is produced via fossil fuels. This dependence is only growing in quantity as developing countries’ economies grow, pushing up their energy demand as quality of life improves in these regions. There is a great need, then, for us to transition to more environmentally and socially just ways of producing energy. The good news is: this is already happening.

When it comes to producing energy, there are two central alternatives to burning fossil fuels:

Think wind turbines, solar panels, hydro-electric dams etc. Renewable energy is energy that is collected from renewable resources, which are naturally replenished on a human timescale, such as sunlight, wind, rain, tides, waves, and geothermal heat. Most take their power, as with all energy, directly or indirectly from the sun. Different types of renewable energy produce electricity in different ways. For instance, with wind turbines, the energy of the wind turns two or three propeller-like blades around a rotor, and the rotor spins a generator to create electricity. Solar panels, in contrast, convert the sun’s rays into electricity by stimulating electrons in silicon cells using the photons of light from the sun. And so on.

These are a type of power plant that use the process of nuclear fission in order to generate electricity. Nuclear fission is a nuclear reaction or a radioactive decay process where the nucleus of an atom splits into two or more smaller, lighter nuclei. They produce electricity by using nuclear reactors in combination with the Rankine cycle, where the heat generated by the reactor converts water into steam, which spins a turbine and then an electricity-producing generator.

Weighing up the options:

Nuclear plants are clean during operation, reliable and low cost, however radioactive waste and nuclear accidents pose serious health risks to people and the environment. The base materials for nuclear power plants are also still precious and difficult to reach.

Renewables are, therefore, the preferred option. All of the different techniques to obtain energy have an impact of some kind – wind turbines take a lot of energy to build, for example – but when smartly planned, they can produce massive amounts of energy reliably and sustainably. Indeed, renewable energies’ share in the global energy mix is now at around 30%, with a massive increase in consumption of wind, solar, and hydro-electric power since the 1960s.

Transport accounts for around 20% of all global greenhouse emissions. This is mostly linked to the fossil-fuel-guzzling vehicles that many of us use on an everyday basis, which directly emit greenhouse gases into the atmosphere. Combining a transition to more renewable energy sources with a widespread switch to low-energy vehicles, such as bicycles, and electrified forms of transport, from cars to buses, could make a huge difference to global greenhouse emissions, then.

Energy Storage: Why EVs are Crucial to the Electric Revolution

On top of the above, EVs can also play a huge role in facilitating the transition towards more sustainable societies through their energy storage capacities. With the invention of bidirectional chargers, EVs can actually provide important storage capacities for renewable-heavy grids. Bidirectional chargers, sometimes known as DC or V2G (vehicle-to-grid) or V2H (vehicle-to-home) chargers, allow energy to flow both into and out of EVs. They are different from traditional unidirectional EV chargers, where energy only flows into the EV. With this bidirectional capacity EVs can act as mini energy storage batteries for the whole grid, especially when there is a sufficient quantity of them in society.

Both V2G and V2H may become more important as we move towards totally renewable energy systems. This is because different renewable energy sources tend to produce variable amounts of energy depending on the time of day or season. For instance, solar panels clearly capture the most energy during the day, wind turbines when it is windy, and so on. With bidirectional charging, the full potential of EV battery storage can be realized to benefit the entire energy system – and the planet! Crucially, EVs can be used for renewable load following. In other words, their batteries can be leveraged to capture and store excess solar or wind power when it is generated so that it can be made available for use during times of high demand, or when energy production is unusually low for some reason. This not only applies to EVs but also electric buses, trucks, trams, trains and so on.

When it comes to EVs, in particular, this also opens up new possibilities for the democratization of energy. Community-owned microgrids, like the Brooklyn Micro-Grid in New York, can use the storage capacities of EVs to make their grid systems more self-sufficient and to store energy to sell back to the local grid for a profit. The electrification of transport, then, has many positive effects in general for our future energy usage. The roles and dynamics in the energy sector are thus changing as we move towards a more renewable, EV friendly world. Traditional end-users of energy have more opportunities to become energy self-sufficient, with the help of initiatives like community microgrids or home-based energy sources, selling energy back to traditional providers.

Electrifying Transport Will Pave the Way for a More Sustainable Future

In this sense, we should not only think of electrified transport as a means of new eco-friendly mobility but rather think of the energy system holistically. When we do this, we see that electric transport could play a key role in both providing climate-friendly transport for billions of people worldwide and in regulating and stabilizing renewably-powered electricity grids. In other words, electric transport is absolutely crucial to our transition to the electric – and more environmentally and socially just – societies of tomorrow. Moving towards more renewables in our global energy mix or an electric transport system won’t be easy. But there is a lot of hope coming from community projects and businesses on the ground. The key is for all of us to keep pushing in our separate but equally important ways: as Greta Thunberg says, you are never too small to make a difference.