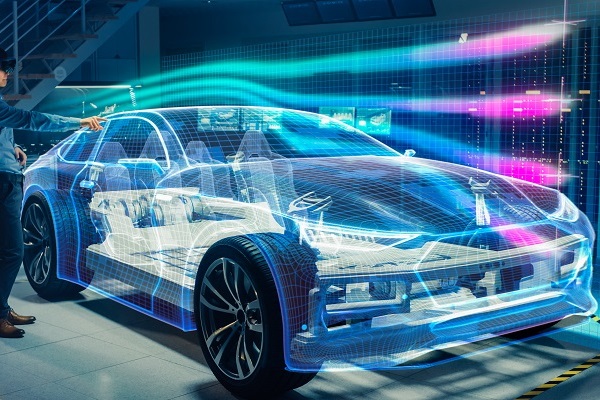 EVs in the US: A Rising Trend but Still Some Bumps in the Road

The US is the world’s third-biggest EV market. Around 22% of all the world’s EVswere located in the US in 2018 and both Battery Electric Vehicles (BEV) and Plug-in Hybrid Electric Vehicles (PHEV) sales have almost doubled since 2016. This is partly because of the astonishing sales performance of the Tesla Model 3: Tesla sold around 140,000 units in 2018, making it the best-selling EV in the US (40%) and globally (7%). For the first time ever in the US, an EV model was on par, in terms of sales, with similar conventional vehicles. Despite this growth, total sales of EVs except the Model 3 were down around 20% in 2019. It’s also important to note that the EV share of US sales is still less than 2%.

EVs look to be on the up in the US, then, but there are still some barriers to growth, including geographic availability, restricted supply and fears around battery capacity, that need tackling. In this article, we will give our expert predictions on the US EV product trends coming our way in 2020.

Predictions: The EV Product Trends for 2020

As the US has a greater proportion of single-family homes with individual garages than other global markets, it also has a higher penetration of home-charging. China and Europe, in comparison, have a much lower penetration of home charging and a larger share of public-charging because they have higher-density cities with fewer single-family homes.

Home-centred charging is likely to remain dominant in the US, as familial and housing models look to remain relatively the same over the coming decade, alongside the cheaper price of residential over industrial electricity. This means the market for individual consumption of home-catered EV charging products is only going to grow from here on out. EV charging companies: on your marks, get set, go!

2. Car Companies Will Look to Get In On the EV Action – Big and Small

In the US, when it comes to cars: the bigger, the better. Trucks and SUVs dominate the market. In 2019, big cars – crossovers, SUV’s, pickups, and vans – accounted for over 70% of all car sales. Crossovers, at 40% of market share, are by far the most popular cars in the US. For this reason, almost all new EV introductions to the market have historically been SUV’s or crossovers: the Ford Mach E, the Mercedes EQC, the Jaguar iPace, the Audi etron, and so on. Indeed, Tesla scooped 250,000 preorders for its first pick-up truck this year and Rivian won two major awards at the International Auto Show for its all-electric trucks. With the existing success of these companies, others are now looking to get in on the Big EV action. Mercedes-Benz, for instance is launching the first in a new line of electric SUVs to the domestic market in 2020. Next year, the public will also get the chance to finally buyRivian’s SUVs and crossovers, with delivery in 2021.

On the other hand, automobile companies with a tradition of smaller vehicles, such as Hyundai, Kia and Nissan will be introducing new hatchbacks and compact cars in 2020. Kia will introduce two budget EVs in the coming months, including the new Kia Soul.

3. Bidirectional Charging Is the Next Big Thing

The batteries of electric cars provide enough storage to power a home for four days or more. With bidirectional charging – which allows energy to flow both into and out of EVs – we will be able to use the energy stored in EV batteries to power the grid or buildings. As bidirectional charging offers us the possibility to store energy from renewable sources for later use, it will help us to move towards a more sustainable, renewably-powered future. It can also have a return on investment for car owners who can actually sell excess energy or other grid services from their EV back to the grid.

Having this storage available as an extension of the grid opens up new possibilities that are already being exploited in the US and will only expand as we move into 2020. Europe and North America are the main hotspots of V2G (vehicle to grid) experimentation right now. The US has a solid background in this area. Indeed, V2G was pioneered at the University of Delaware by Professor Willett Kempton in the 1990s; here, the first real-world, scientific test of bidirectional charging – on frequency response with seven vehicles – took place in 2008.

The US is currently home to a couple of notable projects in this area. For instance, the INVENT 2017-2020 large scale trial run by Nuuve, with Mitsubishi, Nissan and others as partners, at the University of San Diego campus, in California. This project is still experimenting with bidirectional charging and its uses with multiple vehicle types and chargers, and hopes to support the move towards commercial deployment in the area. More projects like this are likely to pop up and begin to scale from 2020 onwards.

As a result of the growing awareness of the importance of bidirectional charging in helping us to move towards a more sustainable future, and the benefits it offers to EV drivers, there are also new bidirectional products coming to market in 2020. With the US market being so focused on home-charging, new products that cater to both the desire for bidirectional and home charging look poised to take off. For instance, Wallbox’s new bidirectional Quasar charger, launching in the US next year, should cater to this new trend and contribute to expanding its appeal beyond commercial and research-led projects to the domestic market.

4. Get Ready for the Ultra-Fast Charging Wars

2020 looks to be the year that the “ultra-fast” charger wars really ramp up, as technology advancements bring real results and automakers compete over speed. Ultra-fast chargers are considerably faster than the current versions we have – where the former can charge an EV fully in less than 45 minutes, most current fast chargers need between 1-2 hours to do the same. In steep contrast, regular home charging can take on average 8 hours to do the same. With fears around EV battery capacity and where to charge still a deterrent to consumer investment in EVs, most car companies are looking to jump on the ultra-fast charging trend to allay these fears and, in turn, increase their sales.

Up until this year, many EV battery packs were not compatible with the fastest chargers, but the first EVs and EV charging products that are compatible with them are now being launched.  In addition, Volkswagen, Audi, Porsche, Tesla, and Ford Motor Co. are also investing in high-speed chargers with capacities of 150kW or higher, with eyes on preparing their products and customers for the ultra-fast future. The race is on to both install ultra-fast charging stations across the world and to prepare the EV market and customers for them. Who will win will be revealed as we speed into 2020.

5. Technology Fusions Will Be All the Rage

Combining electrification with AI in self-driving cars is nothing new, but as we move into 2020, the development of automobiles that are both electric and self-driving will advance globally. In Japan, for example, there is talk of a fully electric, self-driving fleet of tiny cars for the 2020 Tokyo Olympics.

In the US, leaders in this area are Waymo, Cruise and Tesla. And as more companies move into self-driving, they are likely to go electric too. Analysis by Lux researchshows that electric motors and sensor-equipped self-driving vehicle manufacturing will almost inevitably be combined in the future. The sensors, processors, and computing systems required for self-driving require a vast amount of power to function properly. A large electric vehicle battery is capable of providing enough energy for those systems to function optimally. On top of this, the vehicle’s onboard intelligence can react much more quickly to real-world stimuli if all onboard controls are digital, necessitating the transition to these vehicles being electric. In the end, with all the heavy investments being placed into self-driving technologies, it only makes sense that they be tied to advanced technologies, like battery electric vehicles, instead of the conventional technologies of the past, like fossil fuel-powered vehicles.

6. EV Policies Will Continue to Matter a Lot

At the moment, most EVs are concentrated in the coastal cities of the US, slowly spreading throughout the country. Buying power obviously plays a role here, but state and city-level EV policies are highly influential. California is the state that stands out the most for electrification – with its new vehicle market share at around 5% in 2017, compared to the national average of just 1% – and this looks like it will continue. In 2018, Governor Jerry Brown signed an executive order setting a goal of 5 million EVs on California’s roads by 2030. To achieve this, the state offers the most rebates and incentives of any state, including a Clean Vehicle Rebate Project that provides $1,500 to $2,500 to anyone who buys a light-duty zero emission vehicle or PHEV.

Its pioneering Zero Emissions Vehicle (ZEV) program is being used as a blueprint to fuel growing electrification in other states and cities, including Connecticut, Maryland, Oregon, Maine, New Jersey, Rhode Island, and Vermont. As these states represent about ⅓ of the US auto market and the ZEV requires automakers within the state to sell a certain percentage of electric cars and trucks, the recent adoption of this program beyond California should see more automakers expanding their EV ranges across the US in the coming years.

The projected new vehicle market share of EVs in the United States by 2030 is 30%. That’s a big increase from today. But as transportation remains the country’s largest source of emissions, the US must grow its EV market, for both individual cars and public transport, if it is to successfully decarbonize the transport sector. Consumer products that are adapted to the changing needs of the market – bidirectional home chargers, ultra-fast chargers, and self-driving cars – will increasingly take the lead in 2020 and beyond. Such products will both respond to current barriers to EV adoption – such as EV battery capacity – and will create new demand, as consumers increasingly expect to be able to control how they use their energy, whether it is to power their house at night or sell energy back to the grid via a bidirectional home charger. Promising EV policies in some states, such as the nine states that have adopted California’s ZEV program and other similar incentive programs, will be key for boosting both EV adoption and automaking production, normalising EVs presence in the car market. One thing is clear though: companies catering towards the growing trends in the EV market – from bidirectional charging to home charging, to fast-charging, and beyond – look set to be big market influencers in 2020.