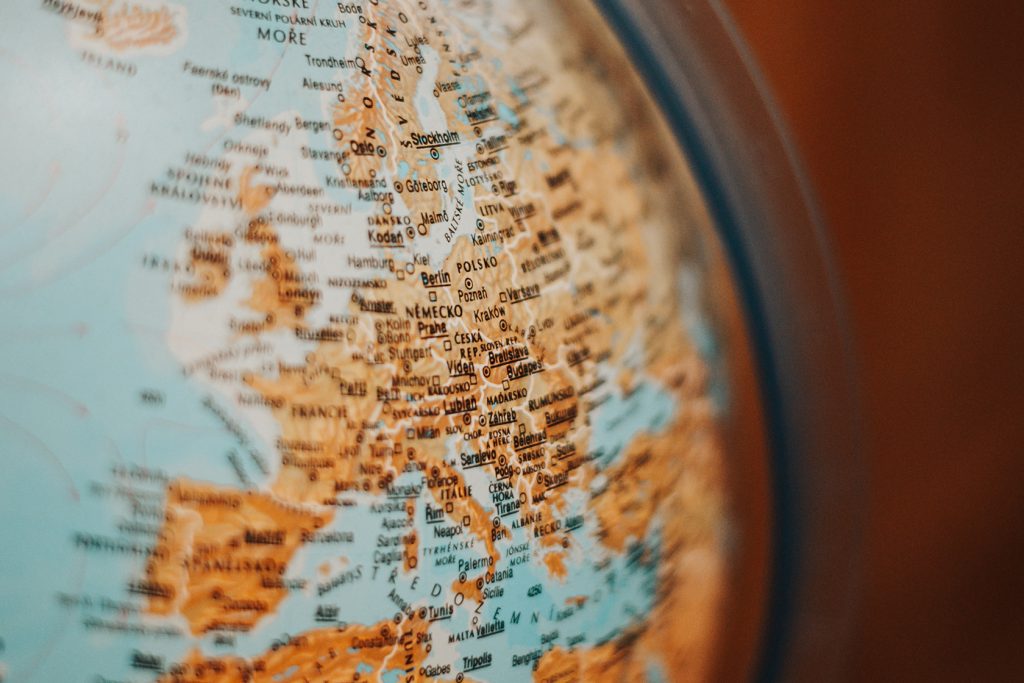 For Wallbox and the Electric Vehicle (EV) industry as a whole, 2020 has been nothing short of extraordinary. While many sectors have been ravaged by the global COVID-19 pandemic, the EV market in Europe has shown remarkable resilience. Despite the overall auto industry struggling, Europe’s passenger plug-in vehicle market logged 147,000 registrations in October 2020. That’s up by 195% year on year.

A confluence of trends has fuelled the sky-rocketing sales. Climate change concerns, favourable government policies, and superior technologies are all igniting the EV boom and interest from both the public and private sectors. This has led to another big trend this year of EV companies going through public SPACS (Special Purpose Acquisition Companies). With more companies going public, there is palpable demand from retail investors for greener, more sustainable solutions.

Let’s take a look now at some of Wallbox’s global markets to get some insider information on this year’s highs and next year’s expectations in various regions.

Starting with Germany, it’s investing in the future of e-mobility and the KfW bank has introduced a grant of €900 for private households that buy and install a smart Wallbox charger (other brands are also eligible for the grant). Meanwhile, Tesla is currently building a Gigafactory near Berlin. This is igniting great curiosity from consumers across the country, and fuelling an interest that we expect to see reflected in sales in the coming years. However, sales are already buoyant; Germany had an astonishing 20.5% share of the plug-in electric vehicle market in November 2020 – up more than five times from twelve months previous.

“With companies such as BMW investing more and more into electric cars and the local’s love for cars ‘Made in Germany’, the demand for electric charging infrastructure will be even more important in the upcoming year. Competition between all car manufacturers results in one important outcome: a greater need for innovative charging devices.”

Germany may have ambitious plans, but French President, Emmanuel Macron, has made no secret of the fact that he wants France to become the top producer of clean vehicles in Europe, and has urged French carmakers to manufacture EVs in their own country. Against this backdrop, France is aiming to have more than 100,000 public charging points in 2021 and produce 1 million EVs annually by 2025. While €1.3 billion has been earmarked for incentives, the increase in subsidies for EVs and plug-in hybrids seen this year of up to €7,000 will be cut back in 2021 to €6,000 – at an ambitious, but degressive level, as EV pricing becomes more competitive. The government is simultaneously tightening penalties for vehicles with high C02 emissions. When it comes to charging benefits, there is a €300 ‘energy transition tax credit’ on the purchase and installation of an EV charger at a driver’s main residence.

Over the border, Spain’s EV incentive schemes are among the most generous in Europe. In the summer, it announced two new plans: Moves II and Renove – generous scrappage schemes to fuel further EV adoption. Under the Moves II plan, private individuals and businesses can receive grants between 30-40% (up to a total sum of €100,000) of the purchase and installation cost of public or private chargers. With an overall €3.75 billion aid package for the local automotive industry, Spain’s EV evolution is helping it move closer to its 2050 carbon-neutral goal.

Meanwhile, in the UK, 2030 is the year the government aims to reach its target to cut greenhouse gases by at least 68%. Since its ‘Road to Zero’ strategy was announced in 2018, it now plans to end the sale of petrol and diesel cars by 2030, and hybrids by 2035. And in a bid to get more people installing home charging stations, the Office of Zero Emissions (OZEV) offers grants of up to £350 (€386) towards the installation of electric car charging points for vehicles bought after 2016.

To the Netherlands and since the beginning of July, private EV owners have been able to receive a €4,000 contribution towards new electric cars. And it’s been a huge success. The full €10mn available in subsidies was used up within just one week. This has helped boost EV sales in The Netherlands this year, although there will be no such incentives next year. The next step in the Netherlands is to match EV sales with charging infrastructure. A recent study has shown that in a third of neighborhoods, charging stations are overcrowded. This means there will be a continued trend to benefitting from cheaper and more convenient charging at home or at work.

“Exciting innovation is making charging easier for the average EV driver. In 2021, a bigger variety of EV models will be launched by OEMs within the low and mid-range price, making electric vehicles even more accessible to consumers than ever. And as the COVID-19 crisis clears, we will, no doubt, see more and more people behind the wheel of an EV.”

The spotlight is not only on Europe this year. 2020 has seen a growing internationalization of the EV industry. More Chinese companies are expanding into Europe. NYSE-listed NIO, one of the largest Chinese EV start-ups, has had a meteoric rise to success, surpassing industry stalwart GM in market value. This illustrates just how much of a premium investors are willing to pay for a company that’s focused solely on electric vehicles. Meanwhile, in the first half of the year, Tesla emerged as the number one EV seller in China – despite domestic manufacturers seeking to lead the pack. This follows Beijing’s target for EV sales to account for half of the market by 2035 and an extension of its subsidy scheme.

The wider APAC region has been lagging behind in terms of financial support and incentives in comparison to other markets such as the EU, US, and China. However, this has radically changed this year, with all main markets having some sort of EV promotion policy, expected to kick-in next year. What may have been lost in EV sales this year, has been made up for in terms of EV awareness. New subsidy programs have been announced for the EV market in Australia, New Zealand, Hong Kong, Singapore, and Thailand.

“I expect a huge recovery next year in EV sales mainly due to two factors: consumers being cautious about their expenditure due to the Covid-19 contingencies and new EV-friendly policies kicking-in. From Wallbox’s perspective, we have learned from Europe the stress that growth can have on the supply chain and we have prepared our distribution network for it.”

Stateside now and US President-elect, Joe Biden’s support for the EV industry will no doubt see an acceleration in the electrification of transport. To encourage this, New York will offer subsidies to cover the costs of building new electric vehicle chargers. While four Community Choice Aggregators (CCAs) in California are funding $65 million in infrastructure (thousands of new chargers)  to support the rising number of electric vehicles (EV) in the state. This follows California’s plans to ban the sale of new combustion engine cars by 2035. Across North America, 2020 has been a landmark year – with the most launches of new plug-in vehicles to date; vehicles like the Volvo XC40 Recharge and the Polestar 2. There have also been exciting previews of new EVs coming in 2021 from both domestic and global automakers like the Ford Mustang Mach-E, GMC Hummer EV, Volkswagen ID4, and the Nissan Ariya.

“The United States currently ranks third behind China and Europe as a region in terms of overall EV adoption. The new Biden administration, however, may change this dynamic by positioning the United States to become a global leader in EVs starting in 2021. Biden’s $2 trillion plan to accelerate developments in clean energy includes plans to increase electric vehicle adoption and to install as many as 500,000 charging stations by 2030. The plan is being estimated to sell nearly 25 million new EVs thanks to a combination of incentives and charging infrastructure that are expected to greatly facilitate the purchase and use of electric vehicles for a wider population of the American public.”

As 2020 draws to a close, central to the success of all these global government targets and incentives vis-à-vis electric vehicle adoption and climate change is an evolution of consumer mindsets. In many ways, 2020 has turned mobility upside down. Public transport ridership is down 70 to 90% in the world’s major cities, while shared mobility is also struggling. With health and hygiene top of the list of priorities, passengers are favoring walking, biking – and private cars. This strong consumer demand, coupled with new C02-emission limits and EV stimulus packages – including investment in charging infrastructure – means next year is already promising to be another extraordinary year for the electric vehicle market.

“Electric cars are here to stay and excitingly, many new models will be launched in 2021. Wallbox is supporting future owners towards their transition with smart charging experiences where design matters.”

For Wallbox, 2021 will be the year of the bi-directional charger – with more enabled EVs coming to market. By accelerating the ability to have energy flowing two ways – into the car then back to the grid, or into your home – we believe EV chargers are fast-becoming a central consumer electronic for every home. Not only that, they will rapidly accelerate the world’s transition to renewable energy. We will also be launching an extremely reliable and affordable public charger. With the influx of EVs coming onto the grid, it’s incredibly important that we have consistent, widespread, intelligent infrastructure to support this electrification movement. Both Wallbox’s Quasar (bi-directional) and Supernova (public charger) will be integral to this. Watch this space!